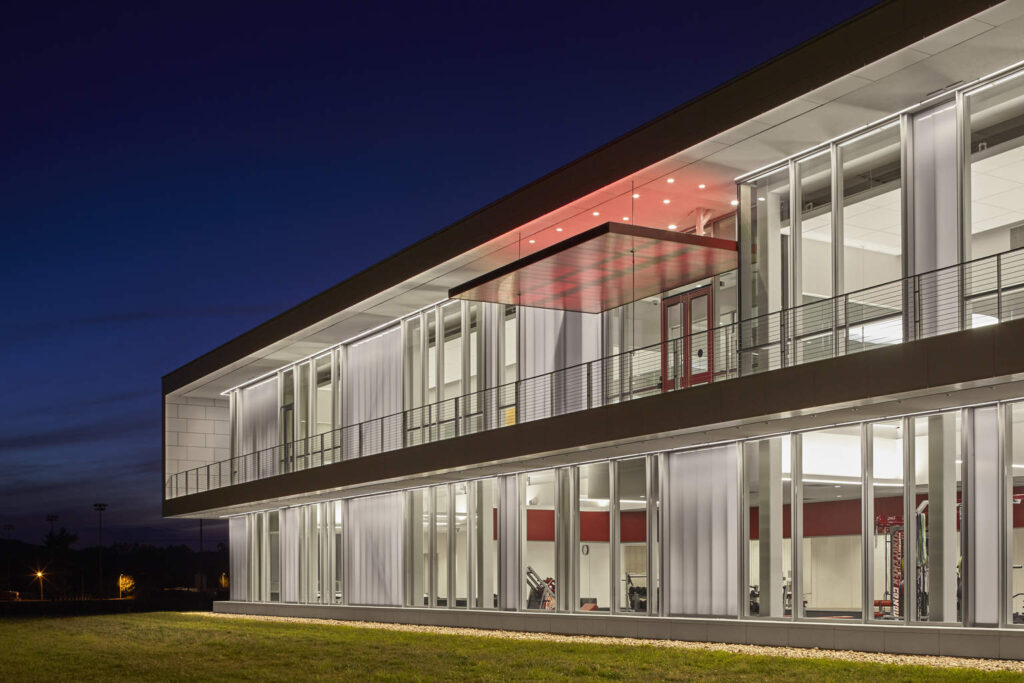 For years, the men’s and women’s basketball teams labored through practices at the old Boyden Gym. No more. Today the University of Massachusetts Amherst boasts a state-of-the-art performance development facility with dedicated courts for both programs.

It also incorporates a long list of sustainable features that will ensure a LEED Gold certification. Carefully planned daylighting complements the benefits of renewable energy, water and waste management, and indoor environmental air quality. With extensive use of natural light, the facility’s façade combines a transparent curtainwall system with a translucent polycarbonate panel system by Duo-Gard. Integrating the two has significant advantages in energy efficiency and occupant comfort.

“The incorporation of the Duo-Gard polycarbonate panel system provided variety in the composition and a less expensive alternative to curtainwall,” says Friedson. “On the southern exposure, the polycarbonate panel system provides daylight while limiting the penetration of direct sunlight that would result in significant glare for the occupants. Together, both materials contribute to a rhythmic façade composition that expresses the activity inside.”

In addition, Duo-Gard provided the 22’ wide x 16’ long x 6” deep polycarbonate and aluminum canopy that glows UMass Red during the day and when illuminated at night, further signifying the building’s entrance.

Known officially as the John Francis Kennedy Champions Center, the UMass building has gained accolades. One of Friedson’s favorites: “Kentucky’s coach, John Calipari, was formerly head coach at UMass. He visited the facility and tweeted that it was one of the best basketball performance development centers in the country.”